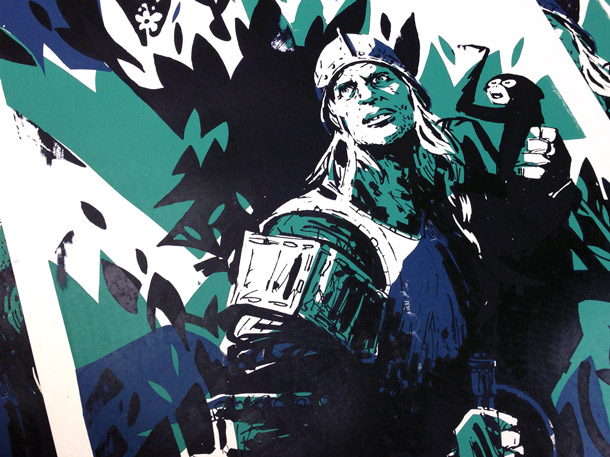 The Wrath of God

This is the first print in Versus: Heroes and Villains a collaborative art project I’m doing with Fred DiMeglio www.manvsink.com/
END_OF_DOCUMENT_TOKEN_TO_BE_REPLACED 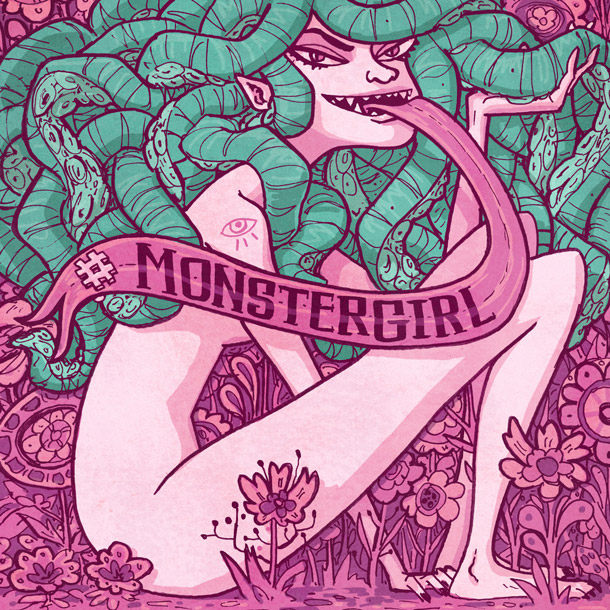 From a super fun and awesome sketch exchange for Ten Paces and Draw, with MICA students. The theme was strange #hashtags. I was lucky enough to get paired with student Jessica Chen. You can see all the rad students and illustrators work @ http://www.tenpacesanddraw.com/portfolio/swap-hashtag-pt-1/ 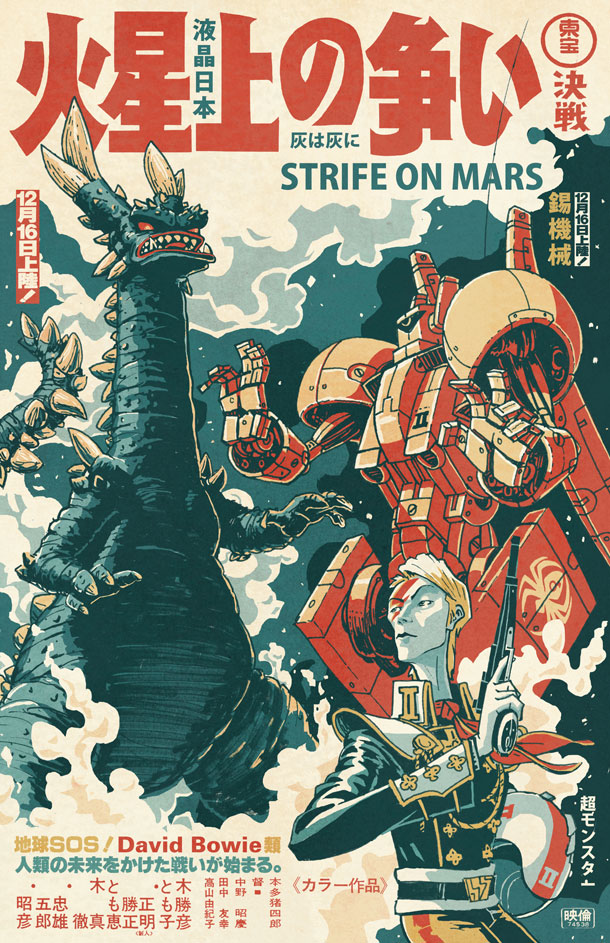 END_OF_DOCUMENT_TOKEN_TO_BE_REPLACED

My contribution to this weeks swap at Ten Paces and Draw “Made Up Medals and Monuments”. I was really luck to swap with Peter M Clark, who did this awesome fun medal, but me being me I took it to a dark place. He did an awesome job with my sketch too! Definitely check it out! 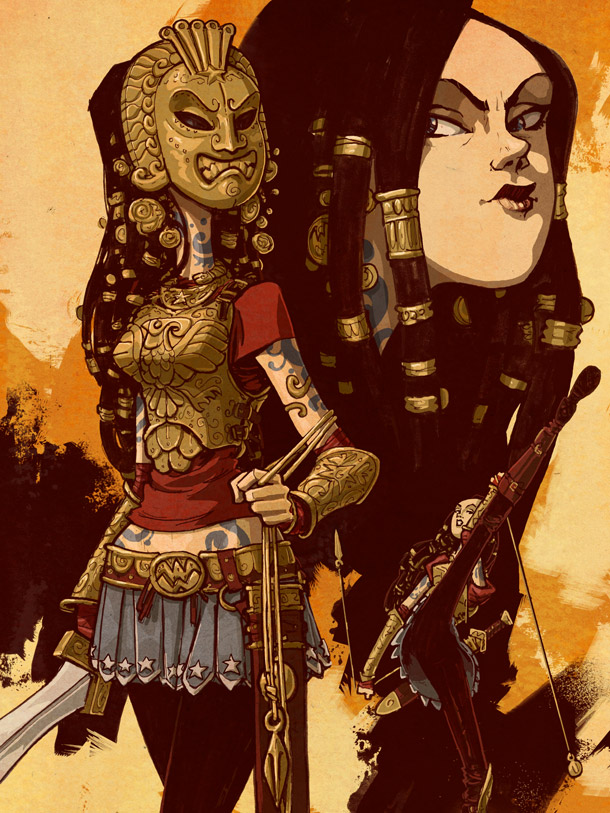 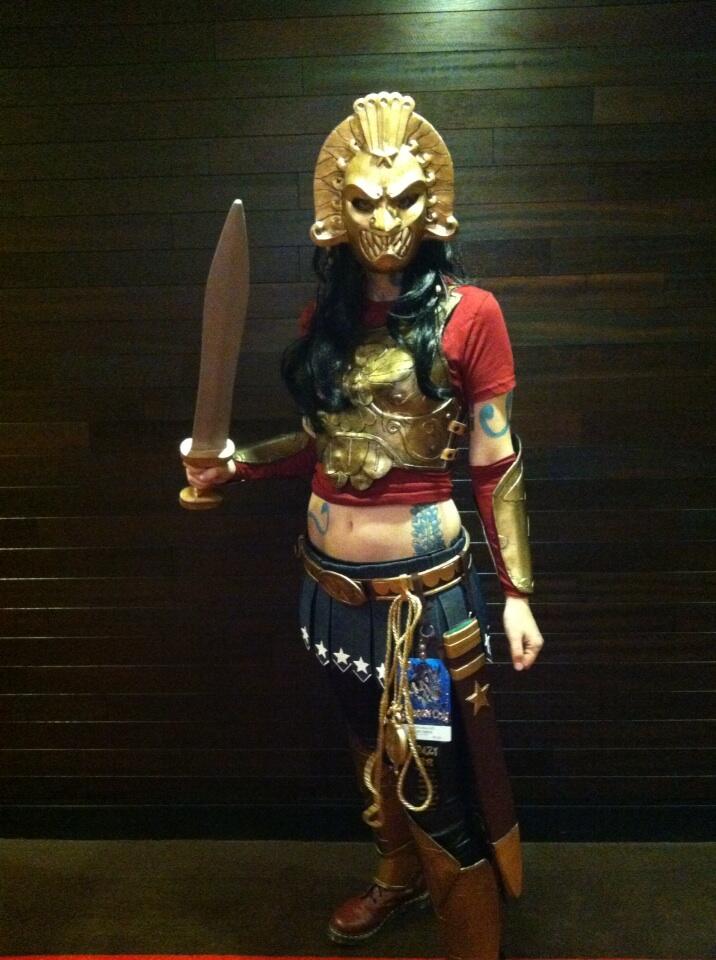 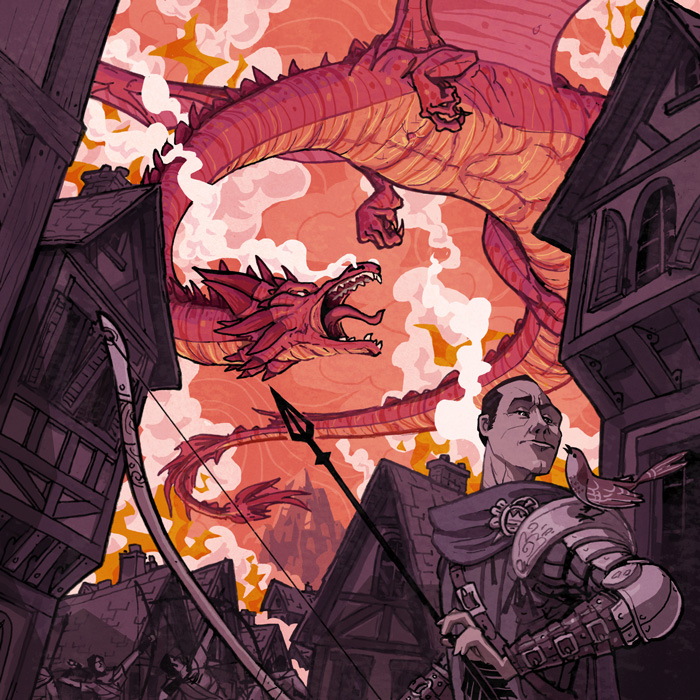 An illustration of Smaug I did for the Ten Paces & Draw Hobbit artists swap. I’m so psyched I got to draw Smaug, he kicked off an obsession with dragons I cultivated as a kid and nurtured into adulthood.
PS- I saw the Hobbit in HFR I really liked it, a bit long but lots of fun. The HFR was interesting, not as bad as has been reported, though it did look a little televisual during fast motion sequences. I’ll be happy to see it again in 2D. 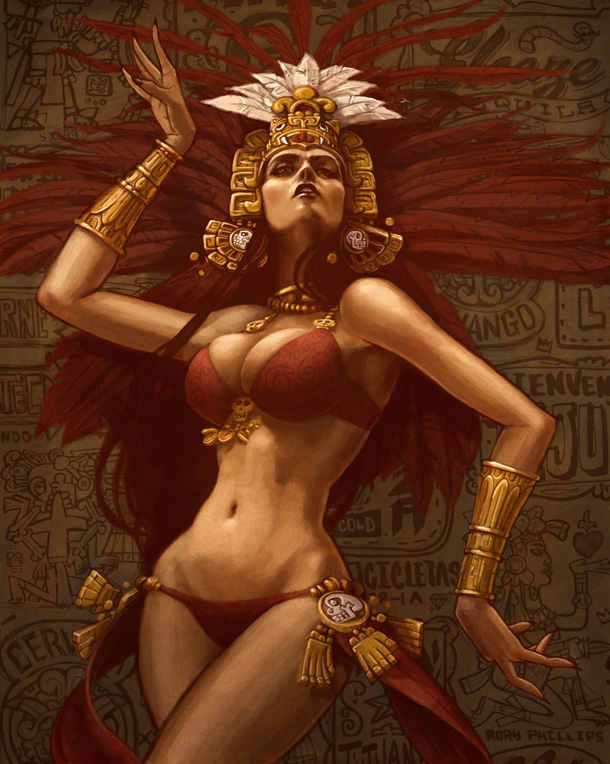 My piece for The Light Grey Art Lab “Girls: Fact or Fiction” Show. You can buy it here!

Santanico Pandemonium is a Mexican vampire Queen and the star performer at the “Titty Twister” club. She was portrayed by Selma Hayek in the 1996 film From Dusk Till Dawn, written by Quentin Tarantino and directed by Robert Rodriguez.

Why did I pick Santanico Pandemonium as a subject? Firstly, I love the blending of European vampire mythology with the pre-Columbian Aztec art and culture. This in many ways is symbolic of the multi-ethnic culture of Mexico. Which I tired to capture symbolically in the background elements. But also, she is just a great over the top pulp character. The classic femme fatale, an exploitative blend of empowered femininity and sexual objectification. 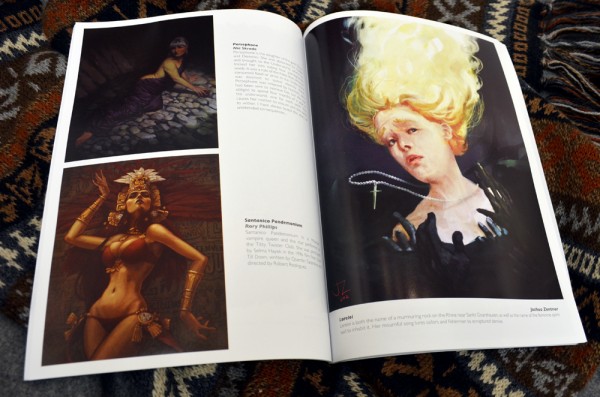 I was stunned by all the awesome art in this show! I’m so psyched to be in it. LGAL is having a promotion spend $100 on prints and get the Girls book FREE! That’s a sweet deal. 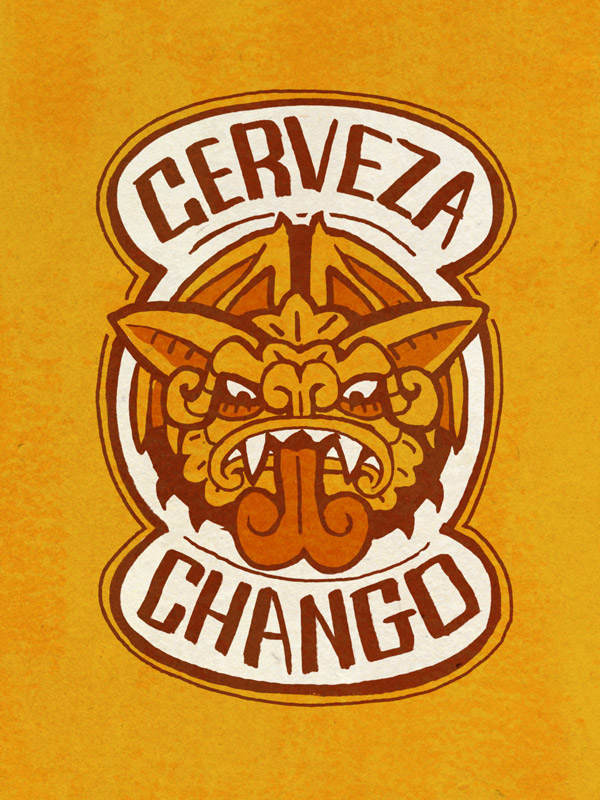 I designed this logo for the fictitious beer brand Cerveza Chango, is a background element that is pretty hidden in the final Santanico Pandemonium piece. But I had a fun time doing it and thought it should get seen a bit more. It is a Mexican beer served at the Titty Twister Club in From Dusk Till Dawn, and also makes an appearance in other Robert Rodriguez movies. I because of the theme of the movie I wanted to give it a Aztec styled Vampire Bat mascot. 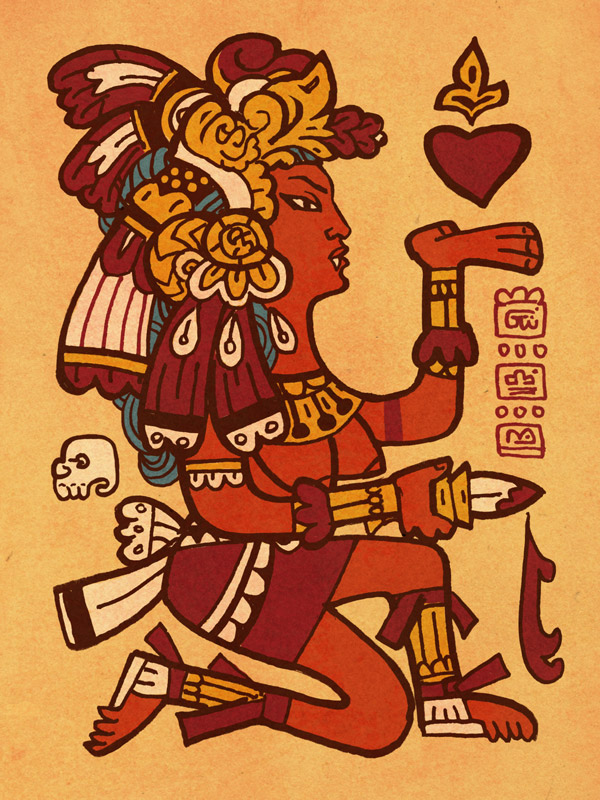 Who’s That Girl? Fact or Fiction

Is that an Aztec Vampire Queen? A hint (tease?) of my contribution to the super awesome Light Grey Art Labs GIRLS: Fact or Fiction gallery show. I’m super excited about this show, it features over 100 rad artists creating works based on women real and fictitious. The whole show is also a book you can own! Get it HERE!

It is a more rendered version of a background element of my final Santanico Pandemonium piece and hints at the subject. I wanted to do an image of a the Vampire Queen rendered in a pre-Columbian Aztec style. Basically this lady has been around a while. 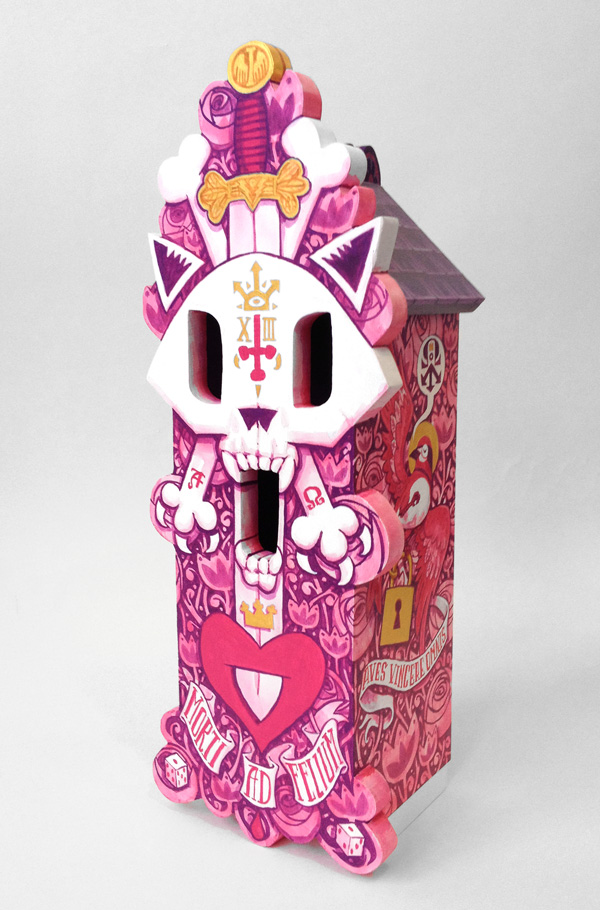 ‘Felium Delenda Est’ or ‘All Cats Must Be Destroyed’

A birdhouse I designed, built and illustrated for WeMake’s ‘Put a bird in it’ event during Portland Design Week 2012. Dozens of brilliant local and not so local artists, illustrators and designers created an awesome array for Birdhouses. They were auctioned off on the closing night of PDX DW to benefit Portland public schools arts programs. Overall the event raised over $6000 and it was a lot of fun!

You can check out some of the other awesome birdhouse submissions at wemakepdx.com 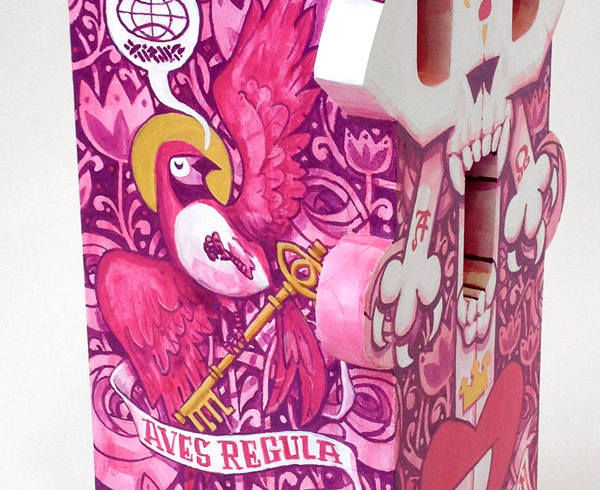 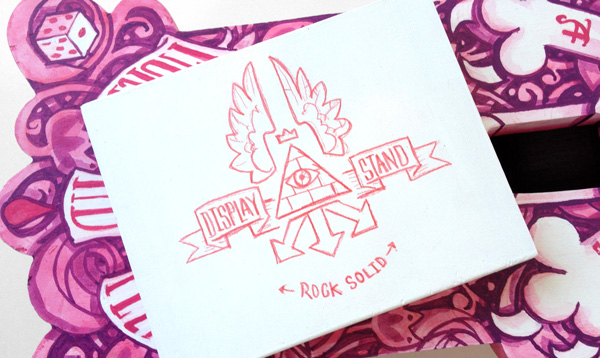