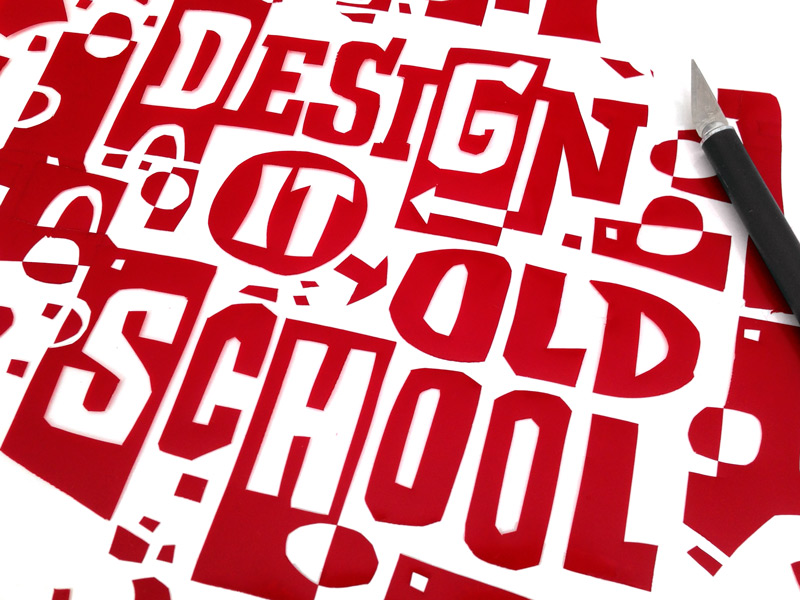 Super big thanks to all the talented people who participated in my workshop on Wednesday, you guys rocked it! You all really made it awesome, I had a super fun time. (Note for next time: I will put out the cookies before everyone leaves not after. I totally spaced on that, very embarrassing.) I was super flattered by all the interest in the workshop, I know it filled up fast and there was over 100 people on the wait-list. I’m going to figure out how I can include more people next time. 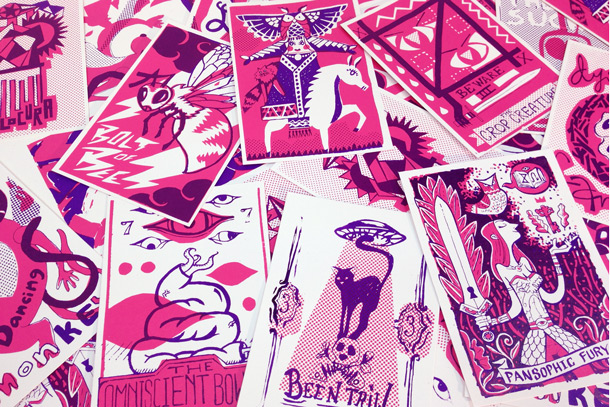 The goal of the workshop was to design two print positives only using analog techniques for a two color screenprint (end results pictured above). No computers were allowed. I asked everyone to concept and design a super enigmatic and hopefully weird Forgotten Tarot Card. They really nailed it! Then they jumped into making positives of their design on a worksheet with a variety of techniques, Rubylith, oiled halftones photocopies, ink on velum, cutout construction paper and collage of bits of old transparencies (see an example below). It was fast paced and they had to really trust themselves and make quick decisions embracing any mistakes as part of the process. 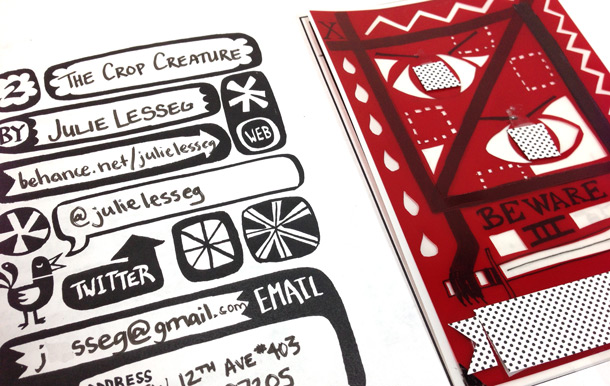 Print Them Up Buttercup!

Later I took all the positives and arranged them carefully onto two screens, one for a mid-tone the other for a darker color. Then I just had to pick some colors and print. I used quite a bit of transparency base in the violet color to get some nice transparency effects. I then cut them all down and everyone who contributed got a full deck, so they can do some weird fortunetelling if the want. 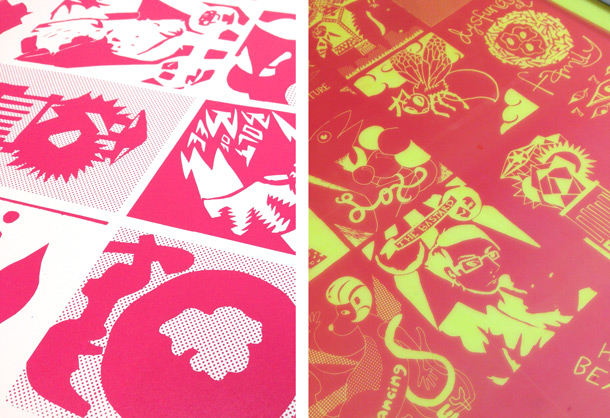 Here is the full tarot deck, click on the thumbnails for the full sized card.Thanks again everyone you guys rocked it! 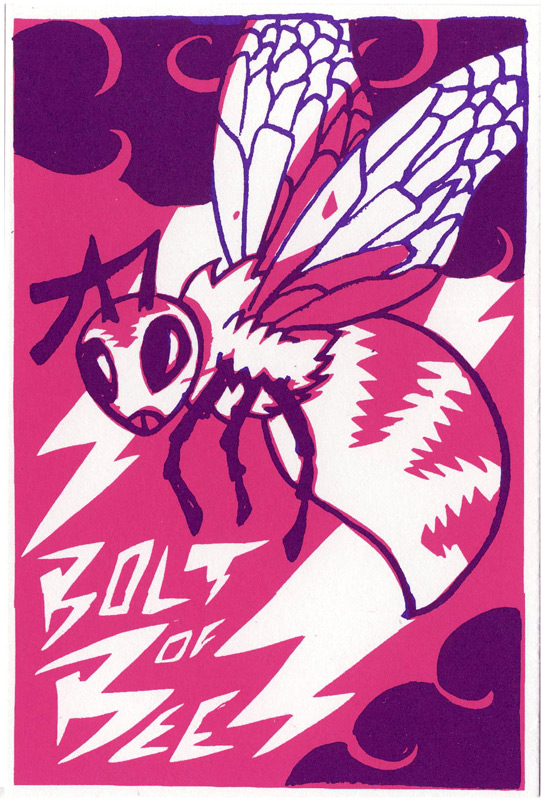 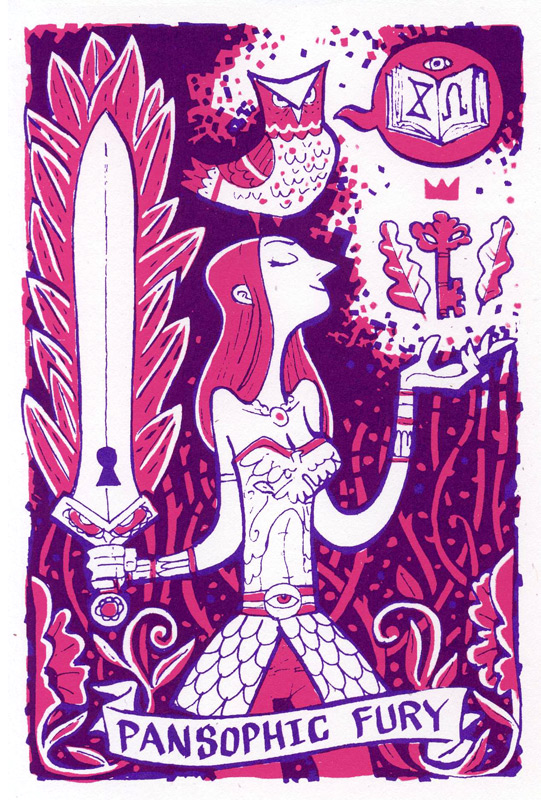 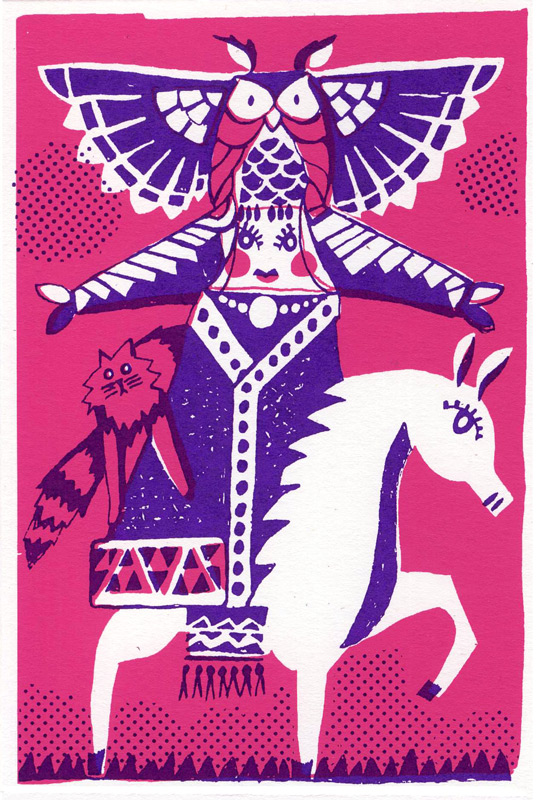 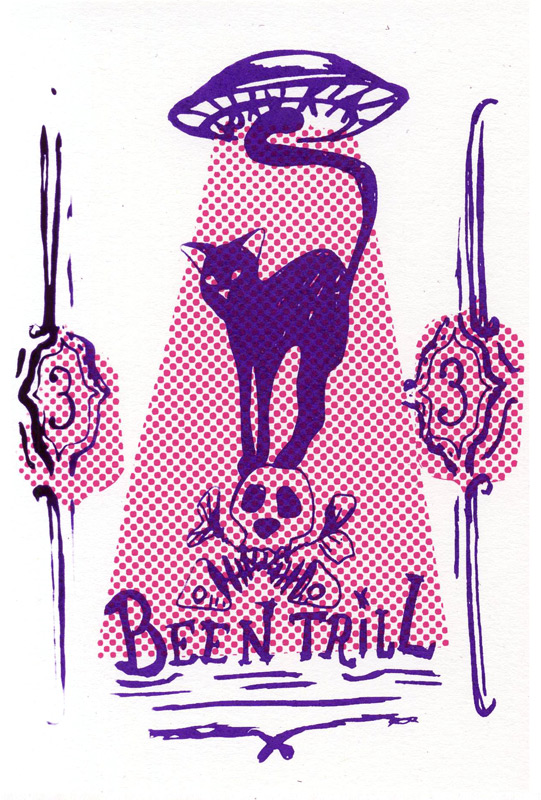 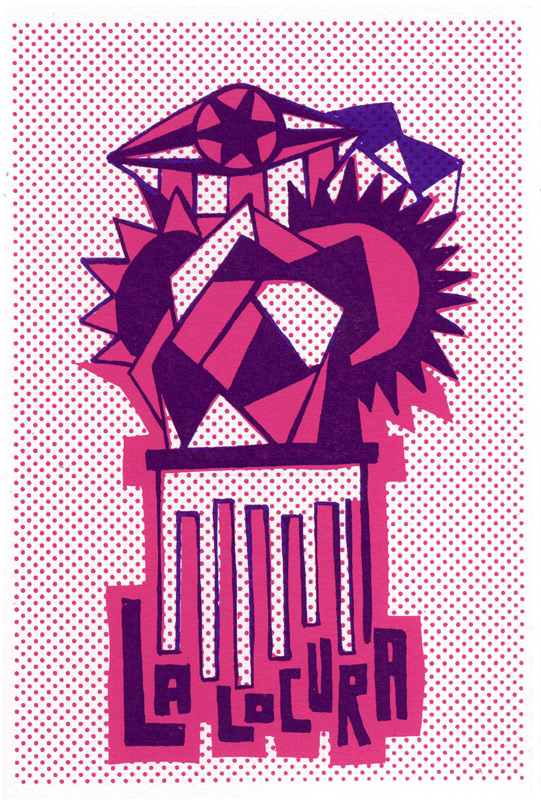 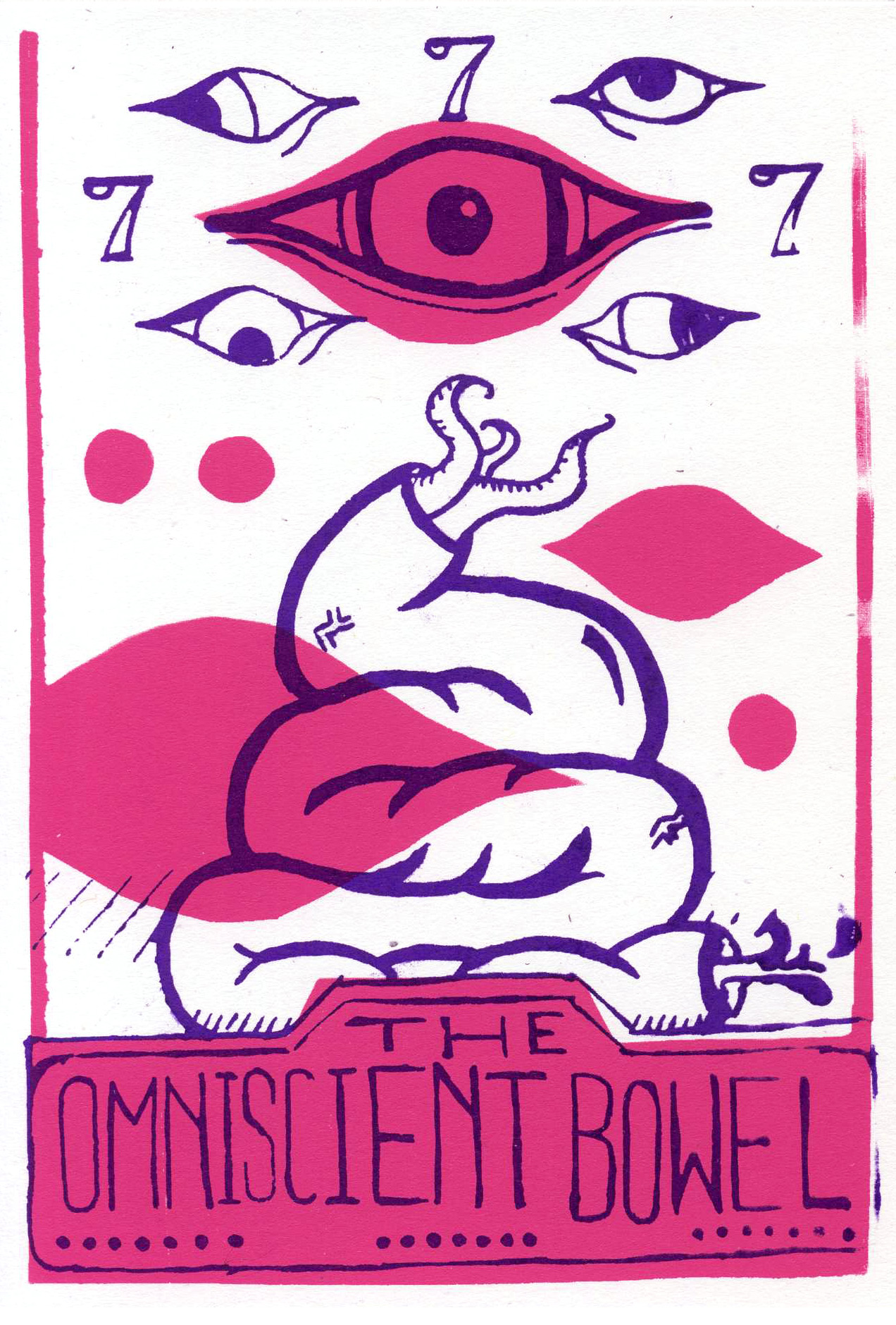